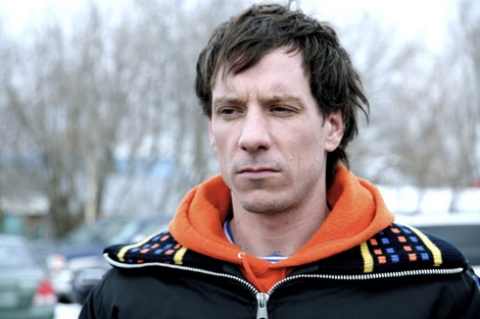 Maryse works in a factory and lives a comfortable suburban life with her husband Alain. Maryse’s brother, Benoit, lives with their convalescent father. Benoit is stuck in perpetual adolescence, but hopes to settle into a new adult life with his girlfriend, an older single mother. Then everything changes. An accident at Maryse’s workplace sparks a series of coincidences and a stranger arrives, claiming to come from the future.


Born in 1976, in Quebec, Canada. Over the last ten years, he has directed or edited more than thirty independent short films. He directed the short films Karaoké (1998), Snooze (2001) and Claude (2004) and the feature Continental, un film sans fusil (2007). Familiar Grounds is his second feature film.