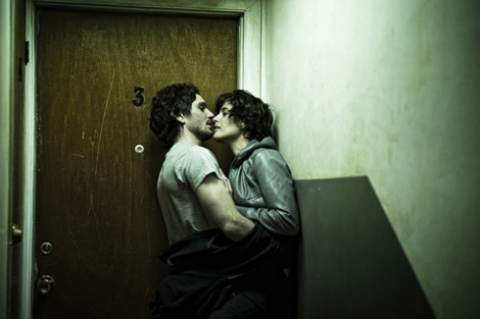 Nicolaï is thirty-one-year old man who leads a simple life. He envisions big projects and has large ideas, but loses sight of them before they are realized. Clara, like Nikolaï, seems not to be made for this world. She leads a double life: by day, she works as a grade three school teacher; by night, she is a compulsive party-girl. Clara and Nikolaï meet at a rave. They return to Nikolaï’s apartment and have sex. Afterwards, instead of parting, the two lovers divulge their deepest secrets to one another.


Born in 1982. In the last six years, she has written and directed seven short films, including Naissances (2009), L`Ordre des Choses (2009), and Sophie Lavoie (2010). In 2005, she graduated with a degree in film production from the Université du Québec à Montréal. Night #1 is her first feature film.