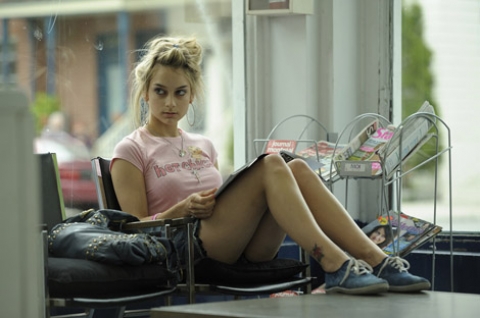 In his early adult years Pierre Dalpé was a delinquent living from small theft and robberies mainly to pay for his drug habits. Today in his mid-thirties, it is all behind him. Thanks to his lovely wife, he is now the loving father of three children. The area where they live becomes the target of street gangs who deal with prostitution and drug dealings. One night, he is out with his friends to scare some thugs off when he violently assaults a young prostitute, Eve, a junkie and frail. He abandons her on a pile of trash, but full of remorse he then becomes obsessed by her. He finds her, wants to help her, but with her also come demons from the past that will challenge his stability. Born in 1962. A Quebec filmmaker, he graduated in film studies from Concordia University, in Montreal, Canada. He worked as an assistant director as well as directing documentaries such as Roger Toupin, Épicier Variété (2003), Nestor et les Oubliés (2006) and Northern Greetings (2007). He made the feature fiction films The Necessities of Life (2008), Décharge (2011), presented at the 36th Mostra, and Iqaluit (2016).