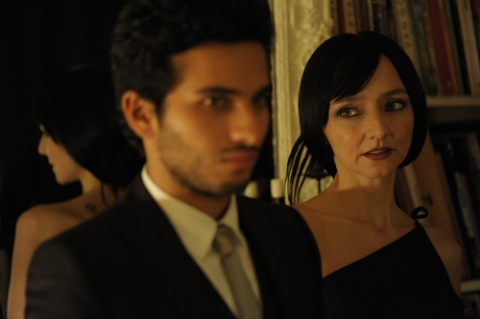 Yacine is a brilliant student in political philosophy coming from a modest background. Richard, his teacher, gives him an unexpected support. Indeed, he offers to help him get a training course for the government. But one night, Yacine wakes up panic-stricken. In a trance, he goes to his teacher’s apartment where he learns of his recent death. Strangely serene, he tries to reassure the family: "don’t you worry, nobody’s dead. I am Richard..."


Born in 1968 in Tunis, capital of Tunisia. He studied political sociology in France. At the end of the 90s, he met Zina Modiano, with whom he wrote and co-directed the short film En Face (2000). They have also co-written Private Life (2005), directed by Zina. In 2009, Mehdi directed his first feature, The String, shot in Tunisia and widely inspired by episodes of his own life. I’m Not Dead is his second feature.