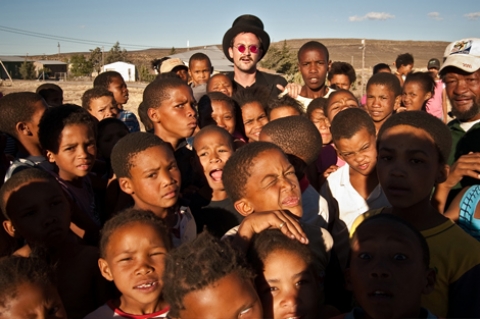 While South Africa’s young generation still struggles with violence, discrimination, and poverty from the times of apartheid, some have chosen a creative way to express their feelings, somewhere between rebellion and hope for a brighter future. Whether it is painting the city with graffiti, writing blues, singing opera or developing their own hip hop culture, these creators use the strongest weapon they have in their hands: art. 
A first time filmmaker and Fulbright Fellow from Arlington, Virginia, Gamse is the founder of Invisible Sessions, a series of musical projects intended to increase worldwide exposure to indigenous artists. The Creators is her first feature film.


Born in Cape Town, South Africa. He is a freelance editor and director. His most recent work includes the short The Tunnel (2009) and several music videos featuring South African artists. His video art includes the non-narrative work Video Quartet Nº 1.