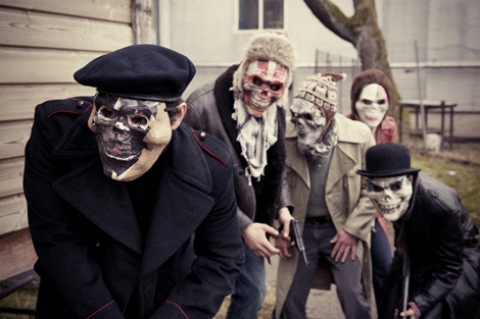 In 1978, the members of a small revolutionary group break into a Swiss bank near Zurich. They film the entirety of the action so as to prove the collusion between the Helvetic financial system and dictators. Thirty years later, the tapes of the “Operation Libertad” resurface...


Born in Geneva in 1964. He began his artistic career as a rock guitarist. He directed his first documentary, Yehudi, Arabi, Yemeni (1989), after studying film in Montreal. In 1997, he made his first fiction feature, Clandestins. His subsequent films were Mondialito (2000), L`accord (2005), and Aisheen (Still Alive in Gaza) (2010). Opération Libertad is his fifth feature.