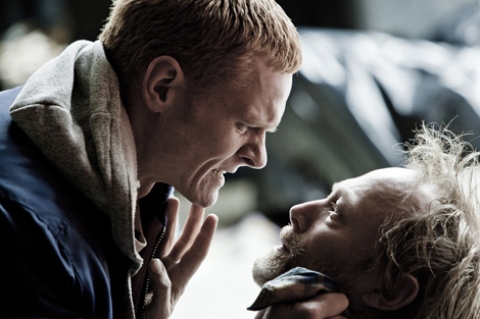 Per is a harsh and bitter caretaker with a lowlife son who just got out of prison and two pathetic friends who he bosses around. One day, he discovers a young beautiful woman lying naked in an empty apartment, wrapped in a curtain. The girl is happy and willing – almost like a gift from above. Per brings her home to his own apartment and her innocence awakens something new in him and his friends. 
Born in 1969. Beginning as a stage director, she began in film with her feature The Lady of Hamre (2000). A Caretaker`s Tale is her second feature.