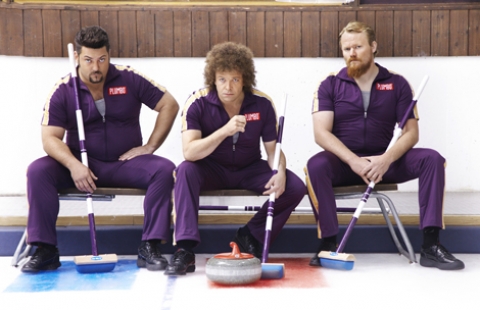 Once a great curling star, Truls Paulsen is diagnosed with obsessive-compulsive disorder and banned from competition. But when he learns that his old friend and coach Gordon is on his deathbed, a heavily-medicated Truls decides to compete again, in the hopes of winning money for Gordon to have an operation in the US. 
He is a writer, producer and director of comedy TV shows. He has directed sketch-based comedy shows like Out in Our Garden, Team Antonsen, God kveld Dagfinn, and Three brothers who aren`t brothers, as well as the dramatic fiction series Etaten. Curling King is his feature film debut.