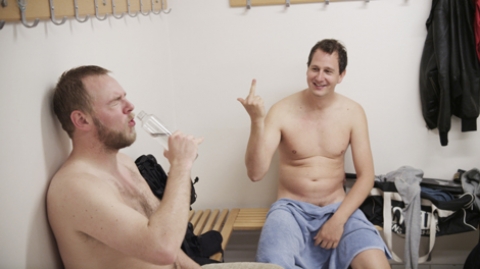 Henrik (35) is used to high-school buddies that party like they where still in their 20‘s. His mother cares for him like he´s still a child. And he is in a relationship that’s based on goofing around. Now that his girlfriend Tone is pregnant, Henrik has to take a serious job, move into a conform duplex, tone down the partying, and start behaving like an adult.