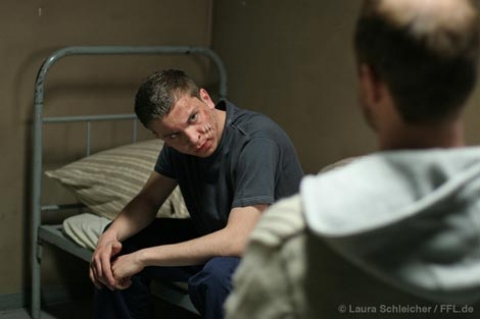 Ben is given the unique chance of a new beginning in the idyllic `Waldhaus`. As one of seven juvenile offenders, he should adopt social skills and experience security in a family-like community. But when he meets his housemother Eva, he is shocked: she is one of his past victims. Ben brutally assaulted her while she was pregnant but was never identified by the police. Ben does his best not to attract attention, but Eva soon starts to suspect something.


Born in Bad Ischl, Austria, in 1982. He studied visual communication at the ART University in Kassel and attended the Film Academy Baden-Württemberg to study directing. He directed the short film Lisanne (2005) and the medium-length feature film For Mirian (2009). Shifting the Blame is his first feature film, as well as the project he graduated film school with.