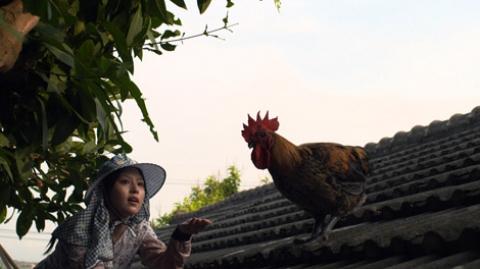 In a village in Taiwan, Lehue is a traditional housewife who spends her life taking care of her paralyzed husband and her children. In order to ease her burden, Lehue arranges a marriage between her only son Kam and a young Vietnamese woman. To Lehue, all she wants from Kimki is to share the domestic chores and to bear a grandchild. However, such a simple plan leads to unexpected dismay and surprises – having the chickens that live around her house as strange witnesses. 
A film critic, teacher and independent filmmaker, she studied history in Taiwan and graduated from the film and TV department of New York University. She directed the short documentary One Promise (2000) and the short films With or Without You (2008) and Turtle and Tears (2010). The Golden Child (2012) is her first feature film.