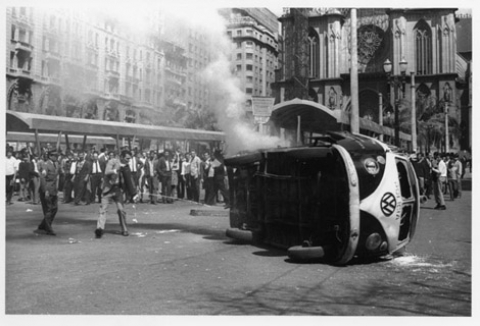 The Day That Lasted 21 Years

The Day That Lasted 21 Years

The film explores the political actions of the United States government to support the 1964 military coup in Brazil, which culminated with the overthrow of Brazilian president João Goulart. Among the evidence are the telegrams from Ambassador Lincoln Gordon and original White House tapes of presidents John Kennedy and Lyndon Johnson. Screenwriter Flávio Tavares was one of the political prisoners exchanged during the kidnapping of American Ambassador Charles Burke Elbrick.