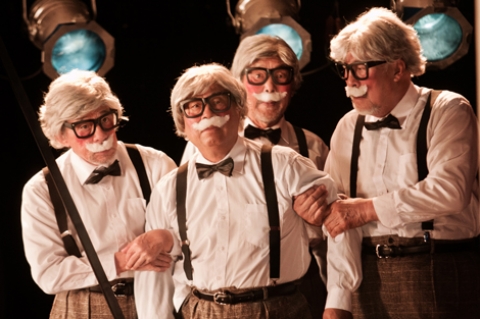 Senior citizens who live in a nursing home are excited when one of them decides that they should compete in a television variety show competition. Although some are afflicted with serious illnesses and others have been abandoned by their children, all of them have an infectious charm. Along the way, they start to see that their dreams can become reality and they can find peace and happiness that had been missing from their lives.


He graduated from the Director’s Department of the Central Theatre Academy. In 1997, he directed his first feature, Spicy Love Soup. Then came the internationally acclaimed and awarded Shower (1999), Quitting (2001), and Sunflower (2004). Getting Home won the Prize of the Ecumenical Jury at the 2007 Berlin International Film Festival.