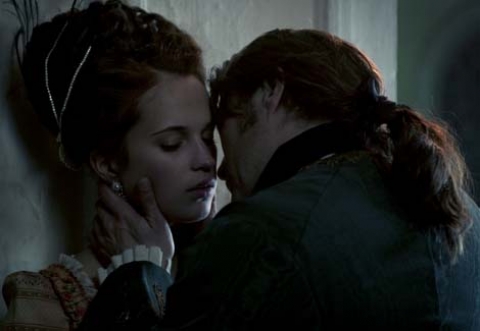 During the 18th century, the young Caroline Mathilda of Great Britain marries the insane King Christian VII, becoming Queen of Denmark. When Johann Struensee, a German intellectual, is appointed to become the court’s doctor, Christian makes him his confidant and eventually chief-minister. Caroline also begins to warm to Struensee and they enjoy a romance. Brave idealists who risk everything in the search of liberty for the people, they begin to propose reforms that end up changing an entire nation. 
Born in Denmark, 1972. He graduated from the National Film School of Denmark with the short film Woyzeck`s Last Symphony (2001). He directed the features King’s Game (2004), Island of Lost Souls (2007) and Truth about Men (2010). He was one of the writers of Niels Arden Oplev`s The Girl with the Dragon Tattoo (2009, 33rd Mostra). A Royal Affair is his fourth feature as a director.