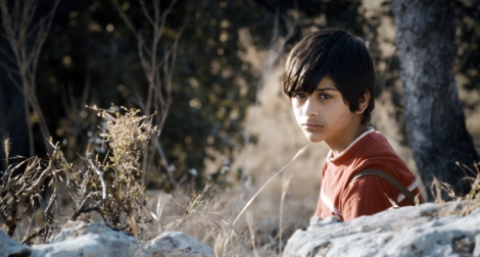 In Jordan, a different kind of change is underway as tens of thousands of refugees pour across the border from Palestine. Having been separated from his father in the chaos of war, the boy Tarek and his mother Ghaydaa, are amongst this latest wave of refugees. Placed in “temporary” refugee camps, they wait, like the generation before them who arrived in 1948. With difficulties adjusting to life in camp and longing to be reunited with his father, Tarek searches for a way out. 
She is a filmmaker and screenwriter living in Jordan. She received her formal education in the United States. Her career in film began as an assistant on various sets. She worked in Los Angeles as an editor and camerawoman before attending Columbia University in New York to obtain a MFA degree in film. Her first feature film, Salt of this Sea (2008), was one of the first feature films directed by a Palestinian woman. When I Saw You is her second feature film.