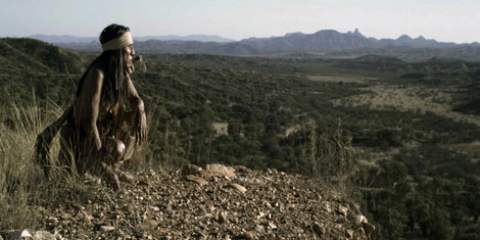 During the conflict between the Apaches, the Mexicans, and the American soldiers in 1853 in the north of Mexico, a muleteer decides to sell his animals in order to seek a better life in the city of Mexico. To do so, he will have to cross through the mountains that happen to be Apache territory.


Born in Guadalajara, Mexico, in 1972. He studied at the London International Film School. After working on several documentaries and short films, he wrote and directed the feature Nippon e Yokoso (2005). River of Gold is his second feature film.