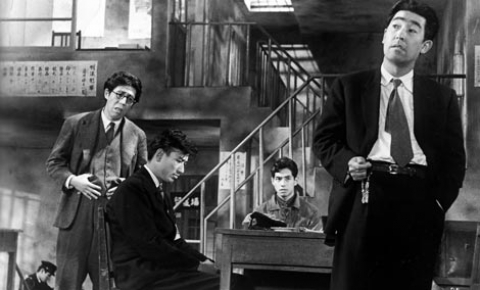 Black-marketeer Okyo lives with her son Seitaro, who works as a mechanic for a bus company. Stubborn and somewhat stingy, but warmhearted nonetheless, she also looks after her son`s colleague, bus driver Fujita. One day Fujita causes an accident on
the job and Seitaro`s innate sense of justice leads him to give testimony disadvantageous to Fujita and the company during questioning. Based on two short stories by Naoya Shiga.