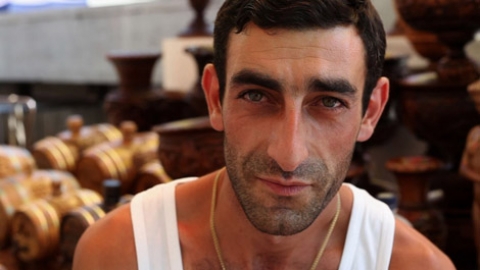 This road movie is composed by polyphony of characters, with the Armenians and their music as the true protagonists. Just like a rhapsody, it is created by a juxtaposition of musical and narrative fragments with variations in theme, intensity and tonality.


Born in California in 1984. He studied social communication at the ESPM School in São Paulo. Armenian Rhapsody is his first feature film.


She studied film for two years at FAAP and took four years of photography at Senac, where she graduated. She then studied photojournalism at the Universidad Autonoma de Barcelona. She works as a photo editor at the Folha de São Paulo newspaper. Armenian Rhapsody is her first feature.


He studied at the FAAP University of São Paulo and majored in film direction at the Escuela de Cine y Television Septima Ars in Madrid. He works in the production area of shorts films. He has co-directed the short film Dorian (2009). Armenian Rhapsody is his first feature film.