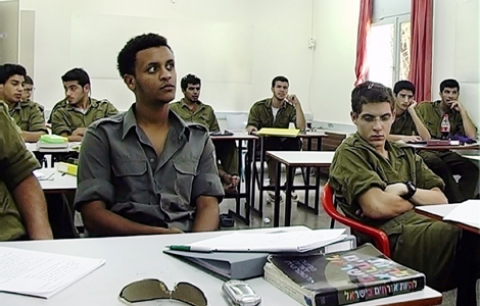 A group of Israeli soldiers serving their last weeks in the military participate in a series of army sponsored courses designed for those who have not yet finished High School. Part of the curriculum includes a civics course where students have to debate topics related to democracy and human rights. While engaged in heated debates, they relive their military experiences during the classroom exchanges, illustrating how their political views have been affected by their military life.


Born in Argentina in 1965 and moved to Israel at the age of 11. She studied film at Tel Aviv University. She lived in Paris for 10 years, directing her first feature film, Collège (1998), around that time. Back in Israel, she created the production company Comino Films in order to produce her own projects. She directed Post Partum (2004) and Unto Thy Land (2010). Student/Citizen is her fourth film.