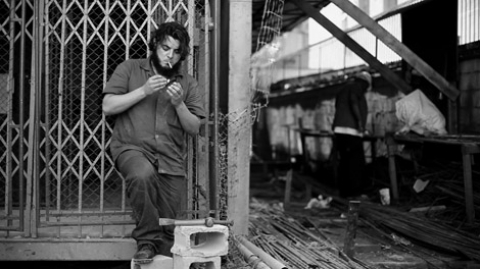 Symphony Of a Lonely Man

Symphony Of a Lonely Man

Inspired by the concrete music opus Symphonie Pour un Homme Seul, composed by Pierre Henry in collaboration with Pierre Schaeffer in 1950, the film tells the story of an average man who leaves the Brazilian countryside in order to start a new life in São Paulo. The metaphysical rebellion of this character is one of a man against his condition and everything that humiliates him.