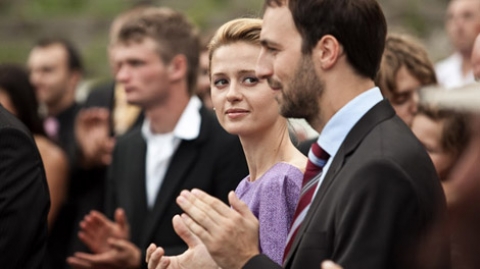 Eighteen-year-old Tadzik arrives at the home of his elder half-sister Anka for vacation. The feelings the young man entertains for his sister overreach socially accepted norms. Anka herself is somewhat emotionally unstable. Floundering as she is in a less than joyous relationship with the leader of a local neo-Nazi group; she dreams of a better future. 
Born in Lodz, Poland, in 1974.He studied in Warsaw and later at in Lodz in 2002. He has worked as an assistant to directors Lech Majewski, LeszekDawid and his father WojciechMarczewski. His short films include Poor-Land (2004), Melodrama (2005) and Just Like Heaven (2008). Shameless is his feature debut.