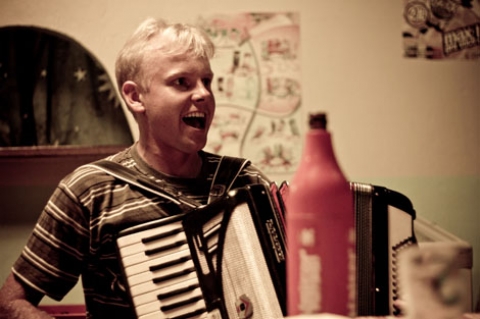 The director follows the path of harmonica player Dirceu Cieslinski after he contacts her, interested in hiring her services in order to make a fictionalized film based on his life. Even with walking difficulties due to a disease that left him paraplegic at 17, he makes his rounds around bars and friends’ parties with his shows. 
She graduated from the University of Barcelona, majoring in documentary direction. She directed and wrote the screenplay for the short films Abaixo o Céu (2010) and De Tempos em Tempos (2006). A Movie to Dirceu is her first feature film.