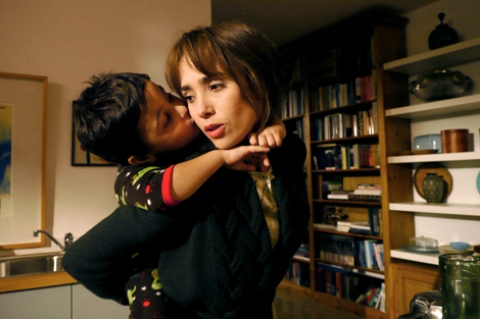 Jorge is a lonely writer. At night, he looks through lit windows, at the people inside their homes and he thinks that they are, indeed happy. One day, fate takes him to the house where Laura and her son André live, and through large windows, Jorge discovers the display of a perfect life. But lives are only perfect when seen from the outside. Up close, nothing is what it seems: Laura’s previous husband mysteriously disappeared and strange phone calls disturb her. Jorge is not scared, he wants to protect her. He invents a man that meets Laura’s standards, a man made for her to love, and manages to enter that wonderful world that he thinks he knows.