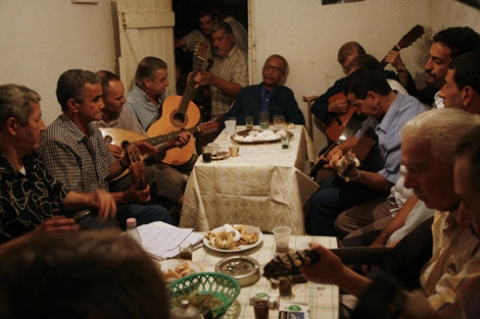 An orchestra of Jewish and Muslim musicians torn apart by war reunites fifty years later and brings an exceptional concert to the stage. These men managed to prove that the universality of music can transcend all differences and prejudice. In a modern day world where conflicts tear communities apart by highlighting their differences, this exceptional reunion serves to remind the younger generation of the importance of a cultural and religious coexistence. 
Born in Algeria. Bousbia was educated in Switzerland, the United Kingdom and the United Arab Emirates. She began working with film in 2003 after several years of working as an architect. In 2004, she created Quidam Productions, a Dublin-based production company. Her films include the documentary X-KIDS (2004).