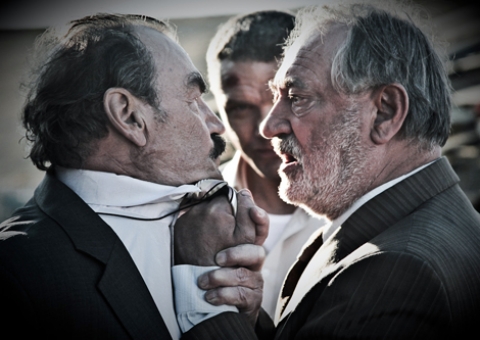 In a large house in the middle of the steppes, the Shamanovs meet for a family gathering. When the eldest brother Victor suddenly appears after a 25-year absence, unspoken family conflicts come to light. Nobody suspects that Victor is escaping his past and that killers are looking for his hiding place. 
Born in 1965 in Salsk, USSR. He studied screenwriting at VGIK in Moscow. In the early 1990s he began making music videos and commercials, later turning to films and television work. He directed the feature films Triumf (2000) and The Invincible (2008).