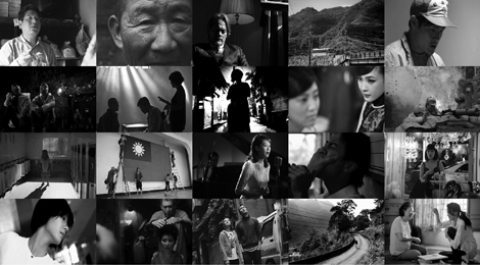 Twenty Taiwanese directors – ten established filmmakers and ten new talents – each present a five-minute short film about the uniqueness of Taiwan, with no content restrictions. In The Ritual, two brothers go up the hill to pay respects to the gods as their wishes are granted. A Business Called Forever tells the story of a failing grocery store and how an old woman and her son bet on its future. In Debut, a priest born and bred in a small village becomes the hero of a Taiwanese epic. An old man is unable to find his way home, but remembers many things from the past in Old Man & Me. A strict bus driver has to enforce passenger etiquette in Bus Odyssey when a man barges into the vehicle. Destined Eruption tells the story of a woman travelling alone at night, only to find an unexpected visitor in her room. People have their sad and happy memories washed away at the Hippocamp Hair Salon. In The Dusk of the Gods, a preacher writes a letter to a prisoner facing the death penalty. The Orphans refers to a disabled girl and a blind old man who are denied Taiwanese citizenship after being abandoned by the veterans who fought in Burma. In 1968, a 15-year old singer makes a mistake during rehearsal and changes the history of pop music in The Debut. Set in 1949, Sparkles tells the story of a young girl going through a surreal experience while people fight in the 1949 Battle of Guningtou. In Unwritten Rules, a director must have his crew remove a flag during a scene in order for his film to be screened in China. A 100-year old grandpa walks to a gas station every day on a narrow mountain road in 100. Chi-Lu Hsia performs the song Green Island Serenade in 1954 to a silent crowd inside a recording studio. The blistering city attracts a girl who begins to dance between the glistening lights reflected from the streetlamps in Key. Reverberation shows four high school bullies tormenting a fat classmate, only to get a visit from his uncle later. The title character in The Singing Boy gets punished everyday while humming “Ode to Joy.” A young girl with a snapped bra strap walks into a department store asking for help in Something’s Gotta Give. Lane 256 shows a young couple attempting to get a washing machine inside their new apartment. Bookending everything is Hou Hsiao-Hsien’s La Belle Époque, where a young woman finds old jewelry, triggering memories of her great-grandmother. 
Born in Taiwan in 1958. He started his career as a film critic until he finished his first feature film in 1989, Highschool Girls. His films include The Personals (1998) and Double Vision (2002). 
Born in 1958 in Taiwan. Throughout his career, he produced documentaries, shorts and feature-length films. He began his directorial career with Somewhere over the Dreamland (2002). 
Born and raised in Malaysia. He graduated in film from New York University Tisch School of Arts. His short films include Respire (2005) and Summer Afternoon (2008). He had his debut in feature films with Pinoy Sunday (2010). 
Born in Taiwan in 1966. Professionally trained at the department of theatre at the National Institute of Arts, Dai already has a long career as an actor. His first short film was Summers (2001). His feature films were Twenty Something Taipei (2002) and No Puedo Vivir Sin Ti (2009). 
Born in Taiwan in 1952. He wrote more than ninety screenplays, such as The Puppetmaster (1993) for Hou Hsiao-Hsien. Jen had his directorial debut with A Borrowed Life (1994) and followed it up with Buddha Bless America (1996). He also has an acting career, having played the main role in Edward Yang’s Yi Yi (2000). 
Born in 1969 in Taiwan. He began as an assistant director for Double Vision (2002) and later directed Cape No. 7 (2008), the most domestically successful film in the history of Taiwan. 
Ya-che started his career in animation and commercials. In 2002, he started working in TV dramas. His first feature film was Orz Boyz (2008).