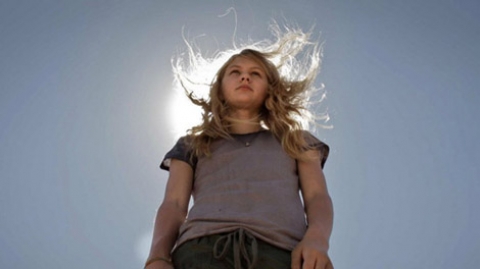 The car journey to Arcadia – a small town in California – takes several days. This is where Dad and the three kids are heading in their estate car packed to the brim. Apparently, it’s just another relocation, the future looks bright and Mum will be joining them soon. But it soon occurs to twelve-year-old Greta that something is not right. What is Dad hiding from them? And what does her teenage sister know that she doesn’t? Every day, Dad gets more irritable; he provokes embarrassing quarrels with other people and keeps having secret, heated conversations on his cell phone. Every mile that brings the little family closer to California seems to make their world teeter. 
Born in New York City in 1977, she grew up in Connecticut and California. An English graduate, she worked in book publishing and foreign policy before turning to filmmaking and taking up directing studies at the University of California. She directed the short films Aisle 73 (2006) and Little Canyon (2008). Arcadia is her first feature film.