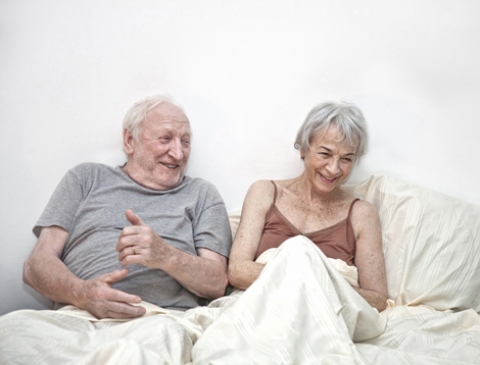 Rosa meets Bruno. Two elderly people who consider themselves to be over the hill and irrelevant in today’s world suddenly learn what it means to pursue a once-in-a-lifetime happiness, to find one’s soul mate, loving and laughing together. The only problem: Rosa has only six months to live. The two decide to go for it anyway, and do everything they can to prove it’s never too late for a new love. 
They studied at Linz’s Academy of Artistic and Industrial Design, in Austria. They have produced experimental films such as Schönberg (1990), Crossover (1990), Crossover 2 (1990), Definitely Sanctus (1992), General Motors (1993) and Spot-Check (1994). In 2002, Hiebler and Ertl made their first fiction feature, Nogo. Coming of Age is their second feature film.