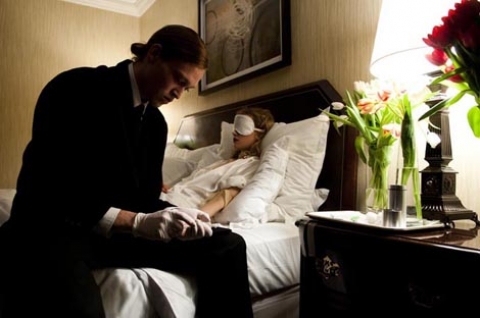 Syd March is an employee at a clinic that sells injections of live viruses harvested from sick celebrities to obsessed fans. Syd also supplies illegal samples of these viruses to piracy groups, smuggling them from the clinic in his own body. When he becomes infected with the disease that kills international sensation Hannah Geist, Syd becomes a target for avid collectors and rabid fans. He must unravel the mystery surrounding her death before he suffers the same fate. 
Born in Toronto. He studied film at Ryerson University. He is the son of director David Cronenberg. Antiviral, which was presented at the Un Certain Regard section of the Cannes Film Festival, is his first feature film.