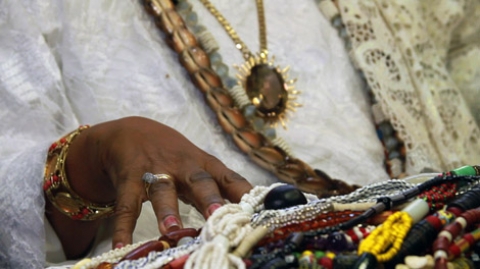 Antes do Fim do Mundo
Brazil

There’s a lot to say about 2012 lately, either as the end of the world or as the beginning of new era. But that is for the followers of the Mayan calendar. What about other religions? Christians believe in the second coming of Christ, Judaism waits for the appearance of the Messiah, Hindus have the concept of the changing of Yugas with the coming Yuga Kalki Avatar, the Buddhists believe in the coming of Maitreya Bodhisattva. What about atheists, scientists, environmentalists – what do they believe in? The film explores the many different apocalypses and each point of view behind them.


She works in production and specialized in documentary filmmaking. Among her diverse finished works are the feature length film O Aborto dos Outros (2008), directed by Carla Gallo, and documentaries for TV Cultura. She participated in the casting team for Linha de Passe (2007), directed by Walter Salles and Daniela Thomas, and produced the show Escola 2.0 for TV Cultura in 2010. Before the End of the World is her first feature as a director Films played at Mostra::


He studied social communication at Universidade Estadual Paulista, in São Paulo, Brazil. He works for television shows and documentaries. His work include the TV shows Ecoprático and Escola 2.0 for TV Cultura; the television film Uns Braços for TV Record; and Evaldo Mocarzel’s documentary On the Fringes of São Paulo - Scavengers (2008, 33rd Mostra). Before the End of the World is his first feature film as a director.