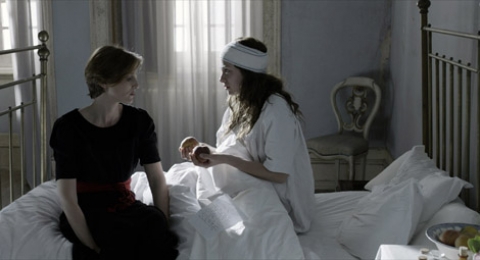 Uruguayan Delmira Agustini (1886-1914) was one of the greatest female poets of Latin America, whose poems explored feminine sensuality. On the eve of the First World War, the young woman started to be recognized by highly regarded poets, such as Rubén Dario and Manuel Ugarte. Her wedding with Enrique Job Reyes approaches and she spends her days either within the suffocating presence of her parents or with her friend Eugénia. Spending a good amount of time inside Agustini’s bedroom, this claustrophobic biopic portrays a woman who was once described by her own mother as having a “body made out of electricity.”