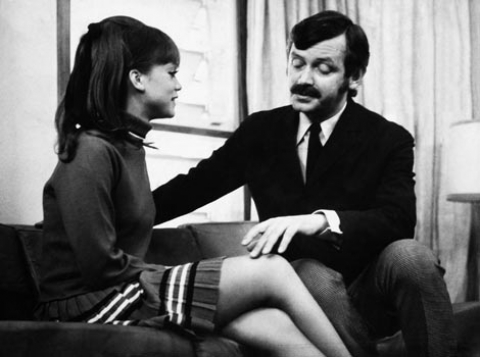 A feature film consisting of three segments. In O telhado, a worker suspects that his wife is cheating on him with a truck driver. One day, he decides to spy her. In A Assinatura, a selfish husband attempts to seduce his wife into signing a commercial contract. However, she demands a greater share of the business. Finally, in A Receita, a sexist and vulgar government official mocks his friends’ amorous conquests and despises his wife. Meanwhile, she is courted by a student.

In 2010, the Cinemateca Brasileira and the 34th São Paulo Film Festival join forces to celebrate the World Day for Audiovisual Heritage, presenting the public with a selection of Brazilian films in new copies or ones restored by the Cinemateca.

On the 27th of October 1980, the Recommendation for the Safeguarding and Preservation of Moving Images was founded in Belgrade, during the 21st Unesco General Conference. The organization’s initiative sought to bring to the attention of society and of governments the need for urgent action to assure the preservation of cinematic, televisual, and radiophonic material from around the world. In 2005, Unesco announced the 27th of October as being the World Day for Audiovisual Heritage. Since then, the date has come to be celebrated by Cinematheques and film archives, with the support of the International Federation of Film Archives.

The selection chosen for the programme brings together classics and rarities from popular Brazilian Cinema – from erotic comedies to police dramas, from science fiction to westerns. On top of this, in celebration of the centenary of Bahian Cinema, São Paulo will host its first ever screening of a restored copy of Tocaia no Asfalto (1962), by Roberto Pires, one of Bahia’s most distinguished filmmakers. In commemoration of another centenary this year, that of Corinthians football club, there will also be a screening of a restored copy of O Corintiano (1966), by Milton Amaral, a comedy starring Mazzaropi. Both films were restored by the Cinemateca Brasileira during the 2007 Restoration Programme, sponsored by Petrobras. SCHEDULE: Ainda Agarro esta Vizinha, by Pedro Carlos Rovai (1991) Bonecas Diabólicas, by Flávio Nogueira (1975) Gregório 38, by Rubens da Silva Prado (1969) Na Senda do Crime, by Flaminio Bollini Cerri (1954) O Corintiano, by Milton Amaral (1966) Os Desclassificados, by Clery Cunha (1972) Tocaia no Asfalto, by Roberto Pires (1962)