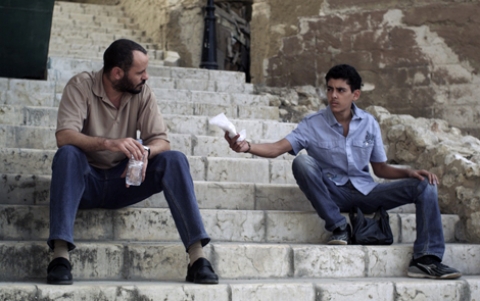 When a forty-year-old divorced father discovers that he needs to undergo an operation that he cannot afford within the next four days, he finds himself forced to deal with the life he isolated himself from for the longest time. 
Born in 1978 in Libya and raised in Saudi Arabia. He studied literature and film at the Eicar Cinema School in Paris. He wrote and directed eight short films, including Six Minutes (2004), A Man in a Cup (2006), Pummelo (2008), which was co-written and directed with Aseel Amnsour; and SMS (2009). The Last Friday, his first feature, was selected for the Berlin Film Festival.