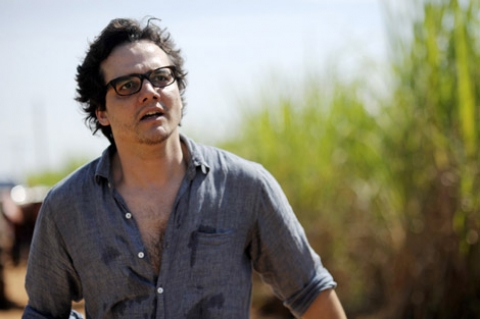 Doctor Theo Gadelha, a 35-year-old father, is forced to go on a trip in search of his son Pedro, who disappears during the weekend he would have turned 15. The sudden and inexplicable disappearance of his son is the straw that breaks the camel’s back. His 15-year marriage with Branca, also a doctor, has just collapsed. Theo goes out in search of his son, but ends up finding his father, who he hasn’t talked to in years. Face to face with his father, he sees himself, rediscovers his son and relents with the woman that he has never stopped loving.


Born in São Paulo, he currently lives in Rio de Janeiro. He started working in film as a still photographer and also worked as an assistant director before his directorial debut with the short film Os Moradores da Rua Humboldt (1991). He is one of the directors of the official FIFA film for the 1994 World Cup as well as episodes of the TV series Filhos do Carnaval (2006) and Antonia (2006). Father’s Chair is his first feature film.