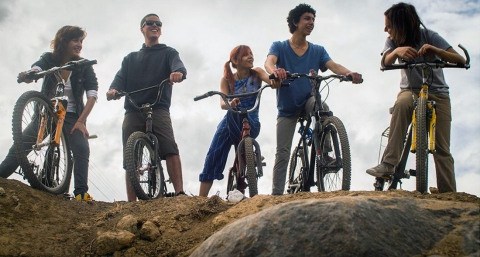 Miguel is a 17 year-old boy that sees the future as a distant horizon, immersed in his bubble of friends and a sketchbook with sentimental poems, and has to deal with the end of high school. His biological mother, whom he never met, asks his father to visit her in the United States upon finding herself gravely ill. The man leaves Ecuador without giving it a thought. Seeing his world fall apart, Miguel has to invent a new one.


Born in Guayaquil, Ecuador, in 1983, Gomez studied film and video, minoring in philosophy at the University San Francisco de Quito. He worked as an editor assistant at features such as Tania Hermida’s Qué tan lejos (2006, 30th Mostra), Gabriela Calvache’s Lanbranza Oculta (2010) and Mateo Herrera’s Impulso (2009), among others. He directed the short films Los años Viejos (2005) and the experimental video el Yo (2008). Saudade is his first feature film.