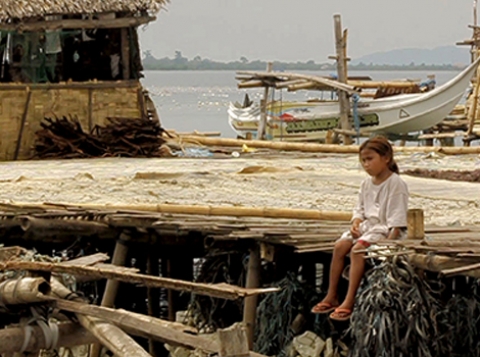 The story of men and women who try to reach Malaysia illegally by boat from Mindanao, the southernmost island group in the Philippines, hoping for a better life in Sabah, in spite of the hardness of the process, and uncertainty of a true job. Among them, there is a prostitute who has already attempted this crossing numerous times; two sisters who are looking for their mother who has disappeared without a trace in Malaysia; and a little girl and her older brother, who speak a different language than the others. 
Was born in Zamboanga, Philippinis. Studied at the Asian Film Academy in Pusan, Korea. Made several documentaries, including A Weaver`s Tale (2008). Ways of the Sea is his first feature length film.