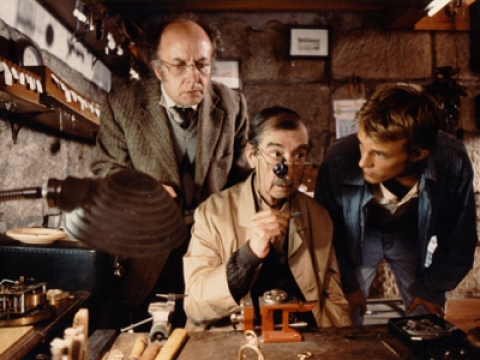 En Dag Til I Solen
Norway

When a novice Norwegian sailor, Almar, dives into the sparkling blue waters to retrieve his gold watch, he has no idea what the consequences of repairing the watch will be. Almar finds himself stranded in a Spanish port in Galicia, waiting for the watch, which has great sentimental value. Time seems to have stopped just like the watch the two old watchmakers are methodically repairing. This is where Almar meets Windy, an Australian seafarer with experience, eager to assist him in broadening his horizons.