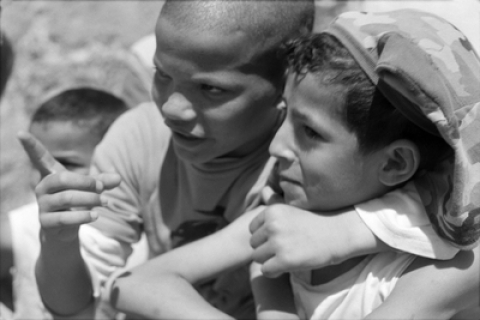 An European filmmaker is making a movie with children living in a home for socially excluded youngsters in Tangier, Morocco. While filming, the director’s unorthodox methods of working cause his relationship with the children to disintegrate to such a point, that the initial course of the project is altered.