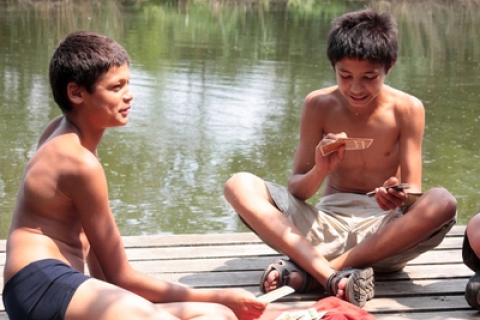 Twelve-year-old Lali wins a bar of chocolate that contains a winning coupon for a Vespa motorbike inside the wrapper. The motorbike is in Budapest. He leaves his community in Bereghát not only to find the prize of his dreams, but also his father, whom he has not seen for a long time.


Was born in Budapest, Hungary, in 1973, and graduated with a master’s degree in Directing at the Hungarian Film Academy. Since 2001, she has been working on the Wild Imagination series about great painters. Directed short films such as Melody of the Street (1999, 25th Mostra) and debuted as a feature film director with A Miracle in Cracow (2004).