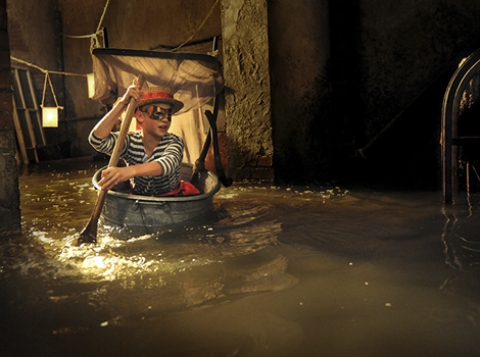 Eleven-year-old Marek dreams of a trip to Venice. The outbreak of World War II, however, cuts short his fantasies. Instead of Italy, he’s packed off to a tiny Polish village in the middle of nowhere to live with his aunts in their dilapidated villa. When the villa’s basement floods, Marek creates his own version of Venice while the aunts join him in his make believe world, until the realities of war intrude.