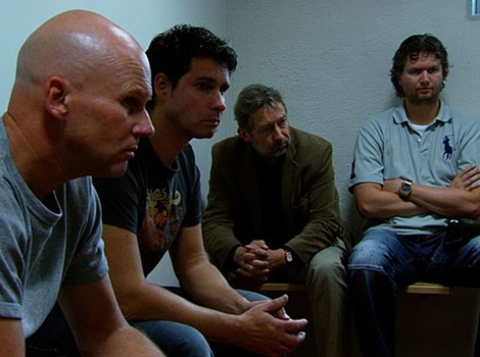 The documentary was filmed in the 120 square meters of floor 13 at the Amsterdam Bijlmer prison. A growing percentage of the Dutch prisoners suffer from severe psychiatric problems. When local teams cannot deal with their extreme behavior, they are sent to Unit 7, the place of last resort. In a setting of maximum security and care, Unit 7 has six weeks within which it must resolve the crisis. 
Was born in 1953 in Netherlands. Since 1985 he has directed and produced films on social issues. Has filmed documentaries in Ghana, Brazil, Thailand and the Antilles.Is a member of the board of Sempre Verde, a Brazilian foundation for sustainable tourism in Amazonia. Directed, among others, the documentaries Family Group Conferencing (2006), Pedagogics Behind Bars (2007) and On Track (2008).