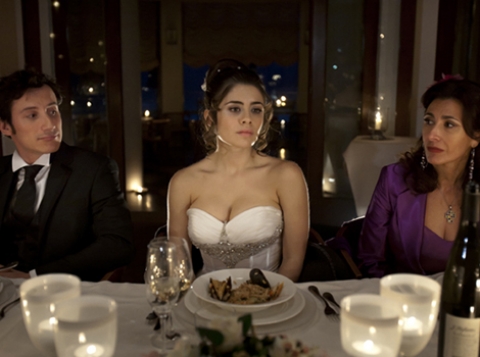 Rome brings to mind ancient buildings, imperial avenues and old neighborhoods full of charm. To say that Diego lives in Rome would be sidetracking. Tourists would never set foot in his neighborhood. A place where you still have a choice, but there`s only two roads you can take. The first comprises hard work. The second involves stealing, drug pushing and who knows what else. Diego chose hard work and sweat - the building trade. He also chose Cinzia because they grew up together in the same building. Until he meets the beautiful Viola while fixing her apartment. The girl belongs to a completely different world – she lives in the historic center, frequenting trendy clubs. 
He was born in Rome in 1970. Started working in theatre in 1992. He was an assistant director of, among others, Maurizio Sciarra and Daniele Vicari. He has directed the short Articolo 24 (2008). Scattered Cloud is his first feature film.