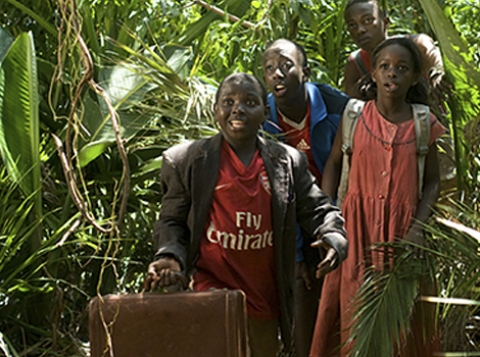 The story of three Rwandan kids who walk 3,000 miles to the Soccer World Cup in South Africa. Using a sack load of ingenuity and sass (and a World Cup wall chart for a map), our pint-sized protagonists set off through the endless horizons of Africa in pursuit of an unlikely dream. As they walk, they gather a tribe of characters who help them negotiate a way through a series of glorious, dangerous, hilarious and often bizarre situations. 
Was born in Taiwan, raised in Yorkshire (England) and India. She studied literature in Cambridge and was one of anchors of the TV show Total Football. Her short movie We Are All Rwandans (2008) was awarded best debut director at the British Independent Film Awards. Africa United is her first feature film.