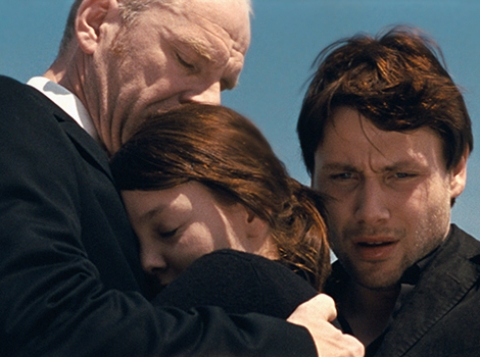 A Family of Three

A Family of Three

When novelist Andrea Dewenter dies in a car accident, the lives of her husband Christian, grown-up son Lars, and adolescent daughter Elaine go off the rails. For all three, the few days between Andrea’ sudden death and her funeral turn into a roller coaster of emotions that eventually shows them the virtue of being a family.


She was born in Münster, Germany, in 1978. After working as first assistant director and producer for different German production companies, she studied Directing at the University of Television & Film in Munich. She directed the short films Far Away (2001), Filmstars (2003) and Offbeat (2008). A Family of Three is her feature debut.