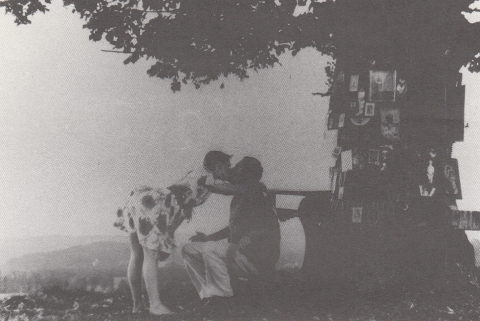 The Great Synthesis of Pietro Ubaldi

The Great Synthesis of Pietro Ubaldi

A look back at the life of the Italian Christian Universalist Pietro Ubaldi (1886 – 1972). In 1952, he moved to Brazil, intent on finishing the work he had started in 1931 made up of 24 books bringing together science and religion. At the time, his work was condemned by the Catholic Church’s Holy Office. Considering themes such as reincarnation, spiritual evolution, life after death and mediumship, the books were received through inspiration and represent the synthesis of knowledge in the areas of science (non-agnostic), philosophy (non-partisan), and religion (non-sectarian). In other countries, Ubaldi’s work received much praise from Albert Einstein and physicist Enrico Fermi. In Brazil, he won the respect and admiration of Monteiro Lobato, Carlos Drummond de Andrade and Chico Xavier. The film is narrated by actor Paulo Goulart.


He was born in Carneiros, Alagoas, in 1951. He is a researcher of mediums, scientific and religious matters, as well as an expert on the work of Chico Xavier and Allan Kardec. Businessman, journalist and cultural producer, he has directed short films and medium-length films. In 1999, he started up the production company Versátil Home Video, which produced and released more than 500 DVDs on humanist and biographical themes, and classic films from Brazilian and European filmmakers such as Glauber Rocha, Luchino Visconti and Roberto Rossellini. Since 2006, he has produced and directed medium-length biographical films about educators and mediums for DVD release.