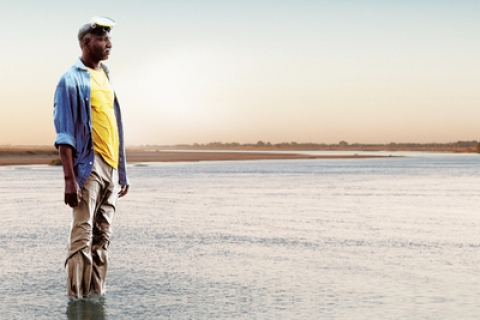 Born in Abéché, Chad, in 1960. In 1982, he moved to Paris to begin his career as a journalist and filmmaker. He studied film at the Conservatoire Libre du Cinéma Français and journalism at Bordeaux. Haroun worked as a journalist before directing his debut short film, Maral Tanié (1994). His first feature, Bye-Bye Africa (1999), was awarded best first feature at the Venice Festival. He has also directed Our Father (2002) and Dry Season (2006, 31st Mostra), winner of the Special Jury Prize at the Venice Festival. His fourth feature, A Screaming Man (2010), was awarded Special Jury Prize in Cannes. The film was also presented at the 34th Mostra, which honored the director with a Humanity Award in recognition of his political and aesthetic struggle for his country’s cinema. Until early 2011, Chad had no functioning theatres. Thanks to the director’s pressure and prestige, the government restored Normandie, an old cinema that was reopened in the capital N’Djamena. He was also a member of the International Jury at the 35th Mostra. He also made Grigris (2013, 37th Mostra) and A Season in France (2017).