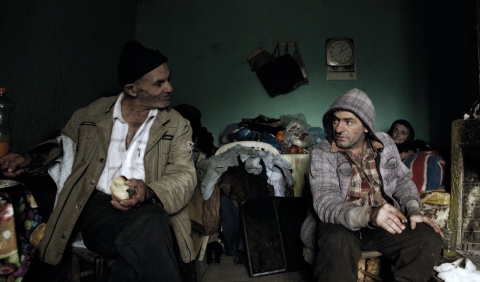 Over four days of unrelenting wind and rain in a remote village high up in the Nafpaktia mountains in western Greece, two shepherd families struggle for survival. 
Born in Athens, Greece in 1980. She studied at the London College of Communication, where she developed a long-standing passion for photography and film. To the Wolf is her first feature film.