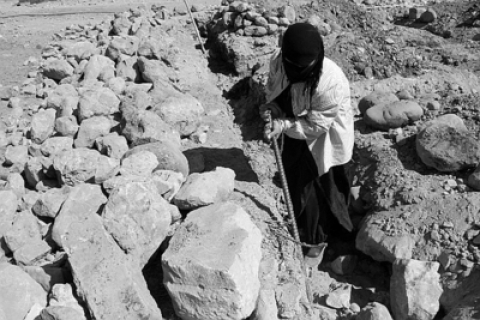 During the 30 years of the Baath ruling under Saddam Hussein in Iraq, thousands of Iraqi Kurds and Shiites were either killed or disappeared. Around 180,000 people lost their lives when 4,500 villages and townships were destroyed with the aim to exterminate the Kurds and to arabize Kurdistan. Having found one of the mass graves after 24 years in the southern deserts of Iraq became the basis of a movie describing the living conditions of these villages inhabited by mostly mothers, daughters, wives or sisters of those victims.


Was born in Mahabad, Iranian Kurdistan, in 1965. He graduated in Cinema in Tehran and after graduating, worked as movie editor, director and photographer. Directed the short films Silence Screams (1997), Eclipse (2001), Reunion (2002) and Fire Beneath the Ashes (2003). All My Mothers is his first feature length documentary.