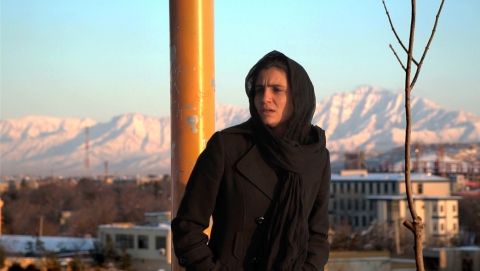 In Kabul, waiter Mustafa charms a young student named Wajma. The pair begins a playful relationship, mindful of the societal rules they are breaking. After Wajma discovers she is pregnant, her certainty that Mustafa will marry her falters, and word of their dalliance gets out. Her father must decide between his culturally held right to uphold family honor and his devotion to his daughter. 
Born in Kabul, Afghanistan in 1966. He resides in Paris, where he studied fine arts. His first feature film was Kabuli Kid (2008). He has also made experimental and documentary films, including Toutes les Teles du Monde (2009) for television. Wajma, An Afghan Love Story is his second feature film.