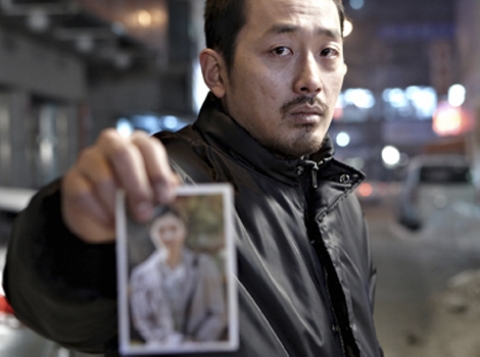 Gu-nam is a cab driver in Yanji City, in China, who leads a pitiful life. His wife went to Korea to earn some money 6 months ago, but he hasn`t heard from her since. He plays mah-jong to make some extra cash, but his life only becomes more complicated and pathetic. One day he meets a hitman named Myun-ga and receives a proposal to turn his life around by repaying his debt, and reuniting with his wife. All for a price of one hit. Gu-nam crosses the yellow sea, arrives in Seoul, and prepares himself for his deed. 
A South Korean director and screenplay writer, he has directed the short film The Perfect Fishplate (2005). The Chaser (2008), his feature debut, had over 5 million admissions in South Korea. The Yellow Sea is his second feature film.